House prices continue to rise across Australia through the month of February.

In fact price growth is accelerating.

Prices in four of the five big capital cities are already over 1% higher over this month.

Sydney property prices have risen 1.6% so far this month, including another 0.7% this past week, the auction market-clearing well over 80% of auctions for the third week in a row, with volumes pushing higher too.

Melbourne property prices are up 1.1% so far this year, including 0.6% this week, and weekend auction clearance rates remained strong despite over 1,000 auctions last weekend. Melbourne is still making up price falls during last year’s extended lockdown and down 1.8% in annual terms.

Brisbane, Adelaide, and Perth prices all made gains of 0.1-0.5% this past week.

The number of properties for sale in Australia is beginning to dry up.

At the time of increased demand, buyers are finding a lack of good properties available for sale which is leading to FOMO (fear of missing out).

It will be interesting to see how potential sellers respond to the higher prices and if this increases the number of new property listings.

The charts below show how the listings curves in Sydney and Melbourne tilted lower in gradient this past week, through it’s not clear how much this was affected by the lockdown in Victoria.

What is evident is that new property listings in Adelaide, and Perth have flattened off in recent weeks, a hint that if prospective supply has any say in price determination, then prices will continue to get support.

Strong demand at a time of limited supply must lead to property price growth.

To help keep you up-to-date with all that’s happening in property, here is my updated weekly analysis of data and charts as of February 22nd provided by NAB,  Corelogic, and realestate.com.au.

WHAT’S HAPPENING IN OUR PROPERTY MARKETS?

The REA Insights Buyer Demand Index has fluctuated between increases and falls over the past four weeks, with a decline of -0.5% recorded last week.

According to Cameron Kusher, Queensland, Western Australia, and Northern Territory were the only states in which demand for properties rose last week.

Despite recent volatility, buyer demand remains 43% higher than it was this time last year.

Although demand is much higher than it was a year ago, the trend in the year-on-year change is reducing at a national level and across all states.

Over the coming weeks I expect will continue to see heightened levels of demand with open homes as busy as ever and auction clearance rates sitting at boom-time levels.

Further, sales volumes are much higher than they were a year ago, prices are rising and while new supply is rising it remains lower than over recent years.

Buyers are continuing to compete for a relatively shallow pool of properties listed for sale while at the same time, the historic low borrowing costs are attracting more purchasers into the real estate market.

According to Cameron Kusher, Western Australia was the only state in which demand didn’t fall, posting a significant 9.8% increase.

Following its peak in mid-January, rental demand has now fallen by -10.3%.

Although rental demand has been trending lower over recent weeks, it remains 22.5% higher than this time last year.

Western Australia and Northern Territory are the only states in which demand is trending higher on a year-on-year basis.

After the initial January rush in demand, the coming few weeks have historically seen demand for rental accommodation soften, and there’s no reason to expect this year will be any different.

While demand is expected to fall over the coming weeks, we anticipate that it will remain elevated relative to a year ago.

But there is a flight to quality.

The shortage of A-grade homes and investment properties compared to the number of buyers out looking for them means that property values in certain locations are steadily creeping up.

On the other hand B grade (secondary) properties are selling at a discount and no one really wants C grade properties. 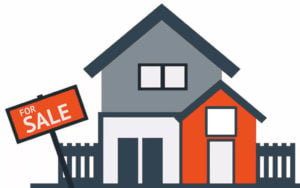 At a time when buyers are returning to the market as confidence rises, the overall number of properties listed for sale is down 19.1% over the last year.

This lack of good properties for sale at a time when many interested buyers have returned to the market is one of the reasons property prices have, in general, held up well.

This confirms what we are finding on the ground Metropole that well-located properties are selling quickly with a queue of buyers waiting for them.

NOW READ: Why Bluechip property will rebound strongly in 2021

Vendor metrics suggest we’re into a seller’s market with the number of days to sell a property decreasing (a sign of the tight supply situation), and vendor discounting (it’s easier for them to sell) at realistic levels.

The shortage of good properties on the market is seeing properties selling quickly with minimal discounting.

After last year’s softness in the wake of the pandemic, Sydney’s rental markets seem to be stabilising again.

Vacancy rates remain on the high side (by Sydney’s standards), but detached houses asking rents look to have turned up, with hints even that apartment rents may also be stabilising.

The continued economic recovery is playing its part, jobs returning, providing the wherewithal for rental demand to resume.

Melbourne’s rental vacancy rate remains more elevated, the state economy now recovering after the hits from the extended lockdown, with a hint that asking rents for detached houses maybe now starting to level out.

The stand-out turnaround market has been Perth with a sub 1% vacancy rate, levels not seen since the heady days of the resources boom earlier last decade with the expansion of iron ore capacity and major LNG projects.

After some initial jitters early in the pandemic, Brisbane’s vacancy rate has been declining since, now supporting asking rents, especially for houses.

There were 2,094 homes scheduled for auction across the combined capital cities this week, up from 1,496 over the previous week.

Of the 1,754 results collected so far, 84.4 per cent have reported a successful result, down from last week’s preliminary auction clearance rate of 86.1 per cent which revised down to 77.1 per cent at final figures.

Over the same week last year, 2,517 homes were taken to auction and 72.7 per cent of reported results were successful.

Melbourne was host to 1,061 auctions this week, up from 635 over the previous week, while this time last year a higher 1,248 homes were taken to auction.

Of the 908 results collected so far, 82.2 per cent were successful, down from last week’s preliminary clearance rate of 87.8 per cent, which revised down to 70.6 per cent at final figures.

The large revision last week was partly due to a spike in withdrawn auctions while the city was in lockdown, with 25.3 per cent of reported auctions returning a withdrawn result.

So far this week, just 6.4 per cent of reported auction results were withdrawn across the city.

In Sydney, 769 homes were taken to auction this week, compared to 625 over the previous week and 963 this time last year.

It is likely that Sydney’s final auction clearance rate will come in above 80.0 per cent for the third consecutive week.

Across the smaller cities, Canberra recorded the highest preliminary clearance rate at 92.4 per cent, followed by Adelaide (85.4 per cent) and Brisbane (79.4 per cent).

Auction markets are set to be tested on larger volumes next week, with CoreLogic tracking close to 2,500 capital city auctions scheduled to be held.