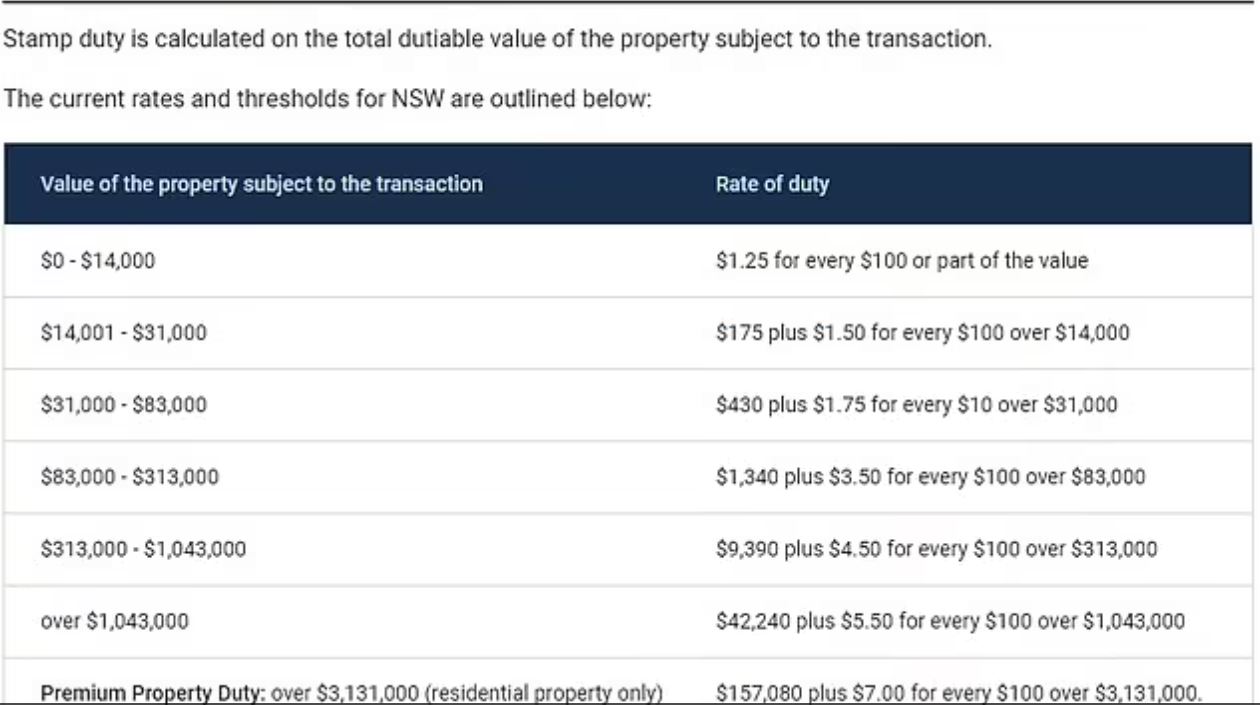 First home buyers in NSW will no longer have to pay thousands of dollars in stamp duty upfront under a plan to be unveiled in Tuesday's state budget.

Premier Dominic Perrottet is overhauling the 'hated tax' paid to the state government when purchasing a home - in favour of an annual land tax.

Those snapping up their first property will now have the option from January 16, 2023, of either paying the lump sum fee or shelling out for a smaller property tax each year - on homes up to $1.5 million.

But the annual figure will increase in time as the value of the land rises.

Premier Dominic Perrottet once called stamp duty 'the worst tax a government could have,' when he was treasurer.

'We want to lower the barriers to owning a home for first home buyers seeking a place of their own,' he said.

'In the past two decades, the share of first home buyers under 35 years of age has declined from 67 per cent to 61 per cent. Lifting home ownership is part of this Government's efforts and ambition to help families who are feeling the squeeze.

'The First Home Buyer Choice will remove one of the largest upfront costs to buying a home and help deliver a brighter future for first home buyers.'

The state government has allocated $728 million in today's state budget over the next four years, as part of its housing affordability package aimed at getting more people on the property ladder.

Treasurer Matt Kean said the reforms will help about 55,000 people per year buy their first home.

'It will mean more NSW residents will get into their first home at an earlier age and achieve the great Australian dream of home ownership.'

For contracts exchanged in the period between enactment of the legislation and January 15 2023, eligible first home buyers will be able to opt-in and receive a refund of stamp duty already paid.

The current initiative which exempts first home buyers from paying stamp duty altogether on homes up to $650,000 will remain in place, with concession still available for properties up to $800,000.

Ken Morrison, chief executive of The Property Council of Australia, described stamp duty tax as 'the worst thing in Australia' because it 'distorts behaviour, cripples job creation, lowers growth, and locks people into housing that might not be appropriate for their needs'.

'That's because it's a tax on transacting. It's a tax you have to pay for the privilege of purchasing a property. And it's a huge tax as well.'

Mr Lawless agrees that doing away with the lump sum would be a 'smart move'.

'It takes away one of the biggest hurdles to homebuyers,' he said.

'The tax has been a huge impediment to getting people into the marketplace.

'So spreading the initial cost out over a long period of time makes a lot more sense and is a much more efficient way to administer that tax.'

Mr Perrottet wanted 80 per cent of homes across the state to have the option of paying an annual land tax, and buyers would be eligible regardless of whether they were purchasing their first home.

However, he conceded  such large-scale reform couldn't be achieved without the help of the Commonwealth.

'It is a massive impediment for people getting into the housing market,' Mr Perrottet told reporters.

'But the reality is, state governments can't do away with stamp duty without support from the federal government.

'This is a moment for the federal government and the state governments to work together to unlock opportunity and economic opportunity for people going forward.'

The NSW government rakes in 32 per cent of its revenue from stamp duty which was worth $12.2 billion in the 10 months to April 2022, according to Revenue NSW.

This has soared from 18.3 per cent 10 years ago as house prices skyrocketed.

NSW Treasury predicted switching to a land tax would collect about 20 per cent less revenue than the current system.

Labor opposes the move to a land tax, with the state election coming up in March.

Even with house prices tapering off in recent weeks, and even falling in some suburbs, the state government is likely to have taken in $14 billion in stamp duty by the end of the 2021-2022 financial year on June 30.

Monthly revenue from stamp duty surged during the Covid pandemic from a low of $450 million in May 2020 to a peak of $1.6 billion in October and December 2021.

The figure dropped to $976 million in April as house prices stabilised or fell.

Meanwhile, in another move aimed at getting more NSW residents their first home, some essential workers will be able to partner with the government to buy a property.

Dubbed the Shared Equity Scheme, the NSW Government will pay a proportion of the purchase price of a property in exchange for an equivalent ownership share of the property.

The government will contribute up to 40 per cent of the purchase price of a new dwelling and up to 30 per cent of an existing dwelling.

Buyers only need to fork out a minimum deposit of two per cent with no lenders mortgage insurance required.

No repayments are required on the equity contribution, however when the property is sold.

But participants of the scheme can make voluntary payments to progress to full ownership of their property.

Those eligible include single parents of a child or children under 18 years of age, a single person 50 years of age or above, or essential workers such as nurses, teachers or police.

Their income, however must not exceed $90,000 for singles and $120,000 for couples and only homes worth less than $950,000 in Sydney and major regional centres (Newcastle, Lake Macquarie, Illawarra, Central Coast, North Coast of NSW) are available.

The property price limit is $600,000 for homes in other regional areas.

Do you own a home?

Prepare for profit. Download our top tips on how to get the highest and best price when selling.

Do you own a home?

Prepare for profit. Download our top tips on how to get the highest and best price when selling.